LG Electronics is part of the fourth-largest chaebol in South Korea (LG Corporation) and its global sales reached US$55.91 billion (₩ 59.04 trillion) in 2014. It comprises four business units: Home Entertainment, Mobile Communications, Home Appliances & Air Solutions and Vehicle Components,[3] with Starion India[4] as its main production vendor for refrigeration and washing machines in the Indian sub-continent. LG Electronics acquired Zenith in 1995 and controls 37.9 percent of LG Display as of 2013.[5] Since 2008, LG Electronics remains the world's second-largest LCD television manufacturer.[6][7] The company has 128 operations worldwide,employing 83,000 people.[8]

The LG SL9000 was one of several new Borderless HDTV's advertised for release at IFA Berlin in 2009.[25] LG Electronics launched an OLED TV in 2013 and 65-inch and 77-inch sizes in 2014.[26][27] LG Electronics introduced its first Internet TV in 2007, originally branded as "NetCast Entertainment Access" devices. They later renamed the 2011 Internet televisions to "LG Smart TV" when more interactive television features were added, that enable the audience to receive information from the Internet while watching conventional TV programming.

In November 2013, a blogger discovered that some of LG's smart TVs silently collect filenames from attached USB storage devices and program viewing data, and transmit the information to LG's servers and LG-affiliated servers.[28][29] Shortly after this blog entry went live, LG disabled playback on its site of the video, explaining how its viewer analytics work, and closed the Brightcove account the video was hosted on.

As of 2014, LG is using webOS with a ribbon interface with some of its smart TVs. LG reported that in the first eight months after release, it had sold over 5 million webOS TVs.[32]

In 2016, exclusively to India, Indian arm of South Korea's LG Electronics Inc started selling a TV that would repel mosquitoes.[33] It uses ultrasonic waves that are silent to humans but cause mosquitoes to fly away.[33] It was released on 16 June 2016. The technology was also used in air conditioners and washing machines.[33] The TV is aimed for lower-income consumers living in conditions that would make them susceptible to mosquitoes.[33]

In 2018, it was reported that LG was planning to sell big-screen televisions that could be rolled up and retract automatically with the push of a button come 2019.[34]

In 2014, LG announced three new additions to the G series of tablets, which have LG's Knock Code feature, allowing users to unlock devices with a series of taps. The tablets also feature Q Pair which allows tablets to sync up with a smartphone, with phone calls and text messages passed on to the tablet in real time.[43] 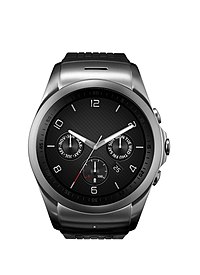 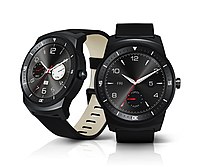 LG and Google announced the Android Wear-based smartwatch, the LG G Watch, that was in June 2014.[44] In August 2014, the LG G Watch R that has a circular face (similar to the Moto 360) was released.[45] The LG Watch Urbane that LG's third Android Wear-based smart watch has released in April 2015. This was the first device to support newer smartwatch features such as Wi-Fi, and new parts of Android Wear's software interface, like the ability to draw emoji to friends.[46]

In 2015, LG announced a Bluetooth keyboard that folds up along the four rows of keys for portability. The Rolly keyboard is made of solid plastic. Two tiny plastic arms fold out from the end of the keyboard to support a tablet or smartphone and it can toggle between two different Bluetooth-connected devices at a time. Battery life is an expected three months on a single AAA battery.[47] 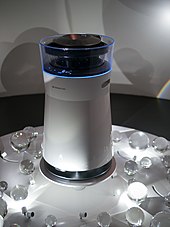